Great Games for the kids

July 5, 2015 Kids Comments Off on Great Games for the kids

Looking for something to amuse the kids with during the school holidays?

Well I may have the perfect thing. There are two new games out at the moment which I have had the kids reviewing for me. If you watch kids TV then you will almost certainly have seen the ads for these two games. The first one is Jumping Jack… 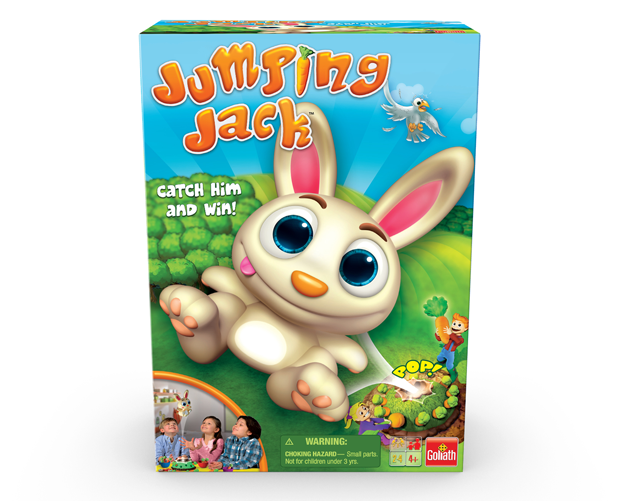 This game is heaps of fun and the kids love it.

The bunny – Jack – sits at the top of his carrot garden. To start, the youngest player flicks the spinner to see how many carrots they pull from Jack’s bunny hill. One of the carrots will make Jack jump and you have to catch him to win. Play continues until the carrot that makes Jack jump is pulled from the bunny hill – and someone catches him. The game is suitable for ages 4 and up with 2 -4 players (RRP $34.99).

This game is full of suspense, excitement and keeps the kids completely engrossed. They need to keep alert to catch that bunny. It’s also fun to watch the kids play and I have to admit I let out a few squeals when Jack jumped and I wasn’t expecting it.

The kids and their cousin playing Jumping Jack.

Jumping Jack may look cute and more for the ‘little kids’ but don’t be fooled. This game was enjoyed equally by my five year old and my eleven year old, even the adults joined in a few games and everyone had fun watching and waiting for Jack to jump, with screams of delight when he did. This is a great game for the family and would make a great gift too.

The next game the kids have been playing is along the same suspenseful theme but this time it’s a dinosaur not a bunny. If dinosaurs are your thing then Dino Meal is for you!

This hungry Dino has an eggstraordinary appetite. 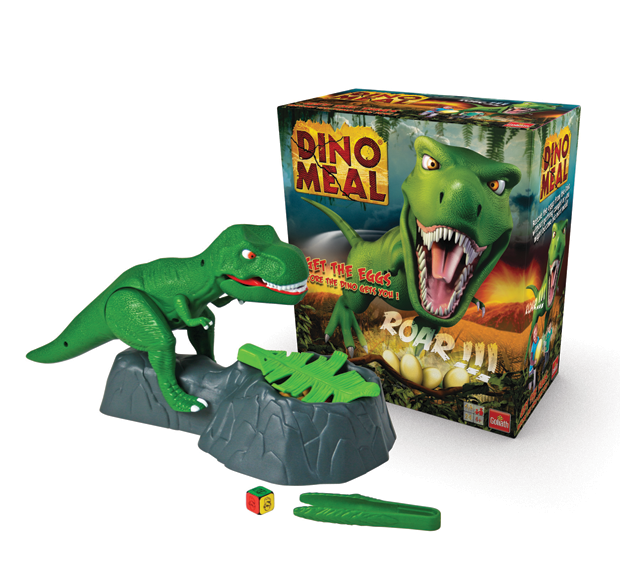 The idea of this game is to get the eggs before the Dino gets you. Sounds simple right? You see Dino has stolen all the dinosaur eggs and hidden them under a leaf… and you need to rescue them. Each roll of the the dice will show you which colour egg you need to rescue. You rescue the egg by carefully lifting the leaf and using the tweezers to get the matching coloured dinosaur egg out. 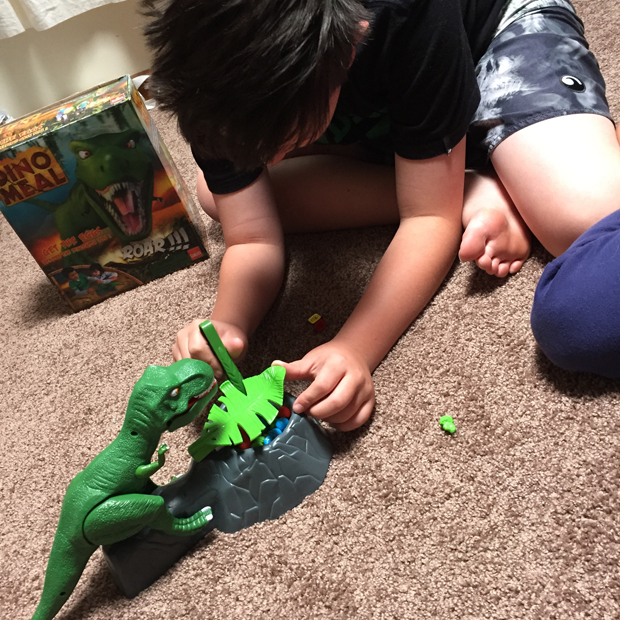 Again, sounds pretty easy? Well the thing is Dino is growling and waiting to pounce at anytime! You never know when this intimidating Dino might leap out at you for his next Dino Meal. Win the game by getting the eggs before the Dino gets you. Dino Meal is suitable for ages 4 and up with 2-4 players (RRP $34.99). 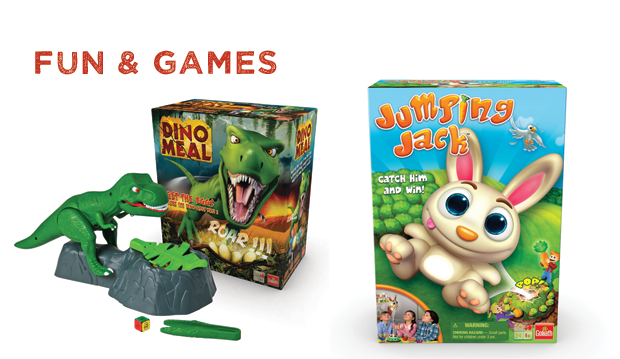 I really love the Dino Meal box which has a lenticular image on the front (when you move it the picture changes). When Dino leaps out it scares the ‘begeezuz’ out of me but the kids love it! My older kids seemed better (using the tweezers) in this game than my five year old, although they all seemed to enjoy playing.

Both these fabbo games are available from major departments stores and toy stores Australia wide and I guarantee the kids (and adults) will love them!

Disclaimer: I received Dino Meal and Jumping Jack to facilitate this review. This is not a sponsored post and I received NO payment. All opinions expressed in this review/post are my own.