Crown & Andrews have released some awesome new toys and games.

For the those who like to crash ’em and smash ’em there’s Gobsmax. Gobsmax are ball shaped characters that you throw/smash on the ground which opens their gobs revealing funny mouths and wobbly tongues. Little L, my six year old, can’t get enough of these and smashes them all over the house. We have a tiled floor so they work really well. Gobsmax are collectibles, with over 100 characters including commons, rares, max rares and special editions. 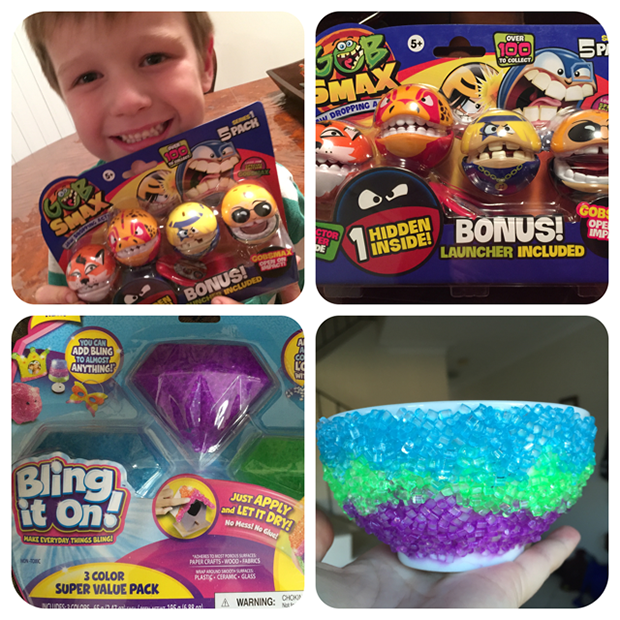 For the crafty we have Bling It On, the ultimate putty loaded with gems, transforming everyday things into dazzling Bling things! Bling It On will stick to almost any surface (so just be careful!). Nine year old Miss J, blinged a ceramic bowl we use to hold spare change and keys. It was super easy to use, but just make sure you don’t use it on or near carpet. Bling It On is great because you don’t need glue and it can be used on heaps of items you already have around the house. 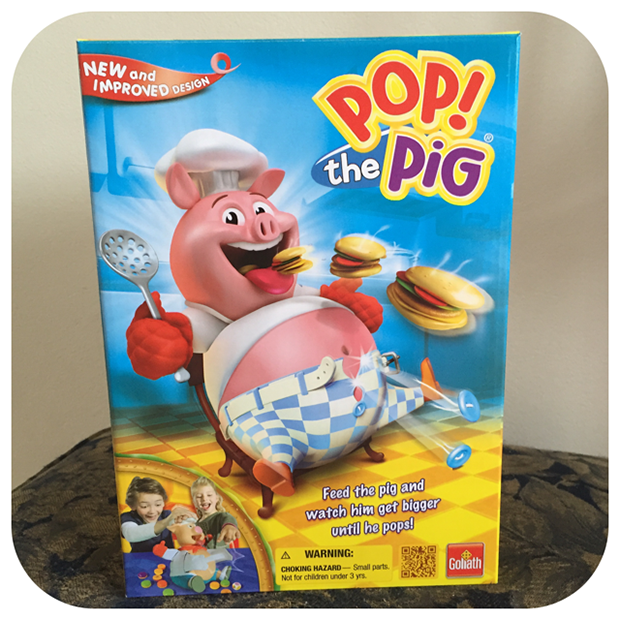 The next two games are kid powered – NO batteries needed.

Next up we have Pop! The Pig, a fun game for the family. You roll the die to reveal a colour, you then and pop that coloured hamburger into the pig’s mouth. The hamburger has a number on it and after putting the hamburger in the pig’s mouth you pump the pigs head that amount of times. The pig’s belly grows with every pump of his head until he pops! Have a look at the video below which shows my kids playing the game. 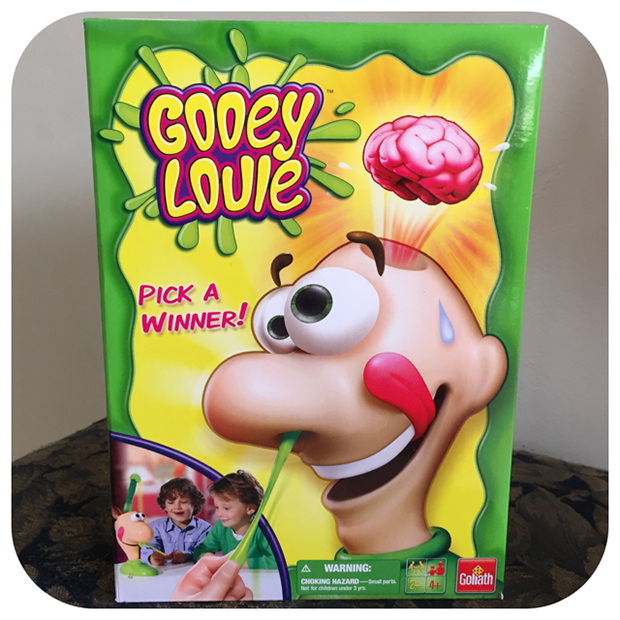 Now for an ultra gross game and of course kids will love it!

Gooey Louie is a gross but fun game which my kids found quite hilarious. Each player rolls a die and takes turns picking green gooey things from Louie’s nose (grooosss!!).  But choose carefully – if you pick the wrong one, his eyes will pop, the top of his head will flip open and his brain will come flying out. Gooey Louie is suitable for 2+ players aged 4+ $39.99. View the TV commercial.

You can have a look at my kids playing a suspense-filled game below!

All of these awesome games and toys will be available at BIG W, Woolworths, Myer, David Jones, Mr Toys & leading toy retailers.