Cowabunga dudes it’s the Teenage Mutant Ninja Turtles, your heroes in a half shell.

There are few characters that have lasted the test of time like the Teenage Mutant Ninja Turtles . I remember coming home after school, getting a cup of Milo and kicking back to watch my afternoon cartoons which included TMNT – ahhh the good old days.

It’s great to see my own kids love them as much today as I did back then.

It’s actually a rather weird concept – four mutant turtle brothers, a giant rat sensei and various baddies, one of whom is Shredder, an actual human, although I can’t be sure. None-the-less we all love the crazy action packed adventures of Raph, Leo, Donnie & Mikey and with the release of the movie this week there is a bit of a renewed buzz around the TMNT.

Apart from the cinema there are plenty of DVD’s available for your TMNT viewing pleasure in the comfort of your own home, from the original 80’s classics to the modern-day turtles.

Teenage Mutant Ninja Turtles Beyond the Known Universe Season 4 Volume 1 was released on DVD in May 2016.

In this latest epic adventure evil aliens have destroyed Earth and everyone on it, including Master Splinter! The only ones left on Earth are our heroes in a half shell who were saved by the Fugitoids (some crazy alien creatures).

The TMNT have to restore Earth back to the way it was and save the planet from further destruction. It’s a race to save Earth mixed with bizarre alien creatures and galactic monsters and an underlying message of the power of teamwork and friendship.

My six year old son loved this DVD, and I have to say I was pretty invested in it when we watched it this afternoon. I still love the TMNT and don’t think I have a favourite (maybe Mikey) but my 9 year old daughter loves Raphael and both my boys are Leonardo fans.

Teenage Mutant Ninja Turtles Beyond the Known Universe Season 4 Volume 1 is rated PG and if you watch the DVD from start to finish it will take a couple of hours (there is six episodes). There is also a bonus feature – Kicking Shell And Taking Names – on the DVD which is pretty awesome.

Teenage Mutant Ninja Turtles Beyond the Known Universe Season 4 Volume 1 is priced at $19.95 and out now! Tell me who your favourite TMNT is below and it could win you a copy of this bodacious DVD.

Win one of five copies of TMNT Beyond The Known Universe – Season 4 Vol. 1 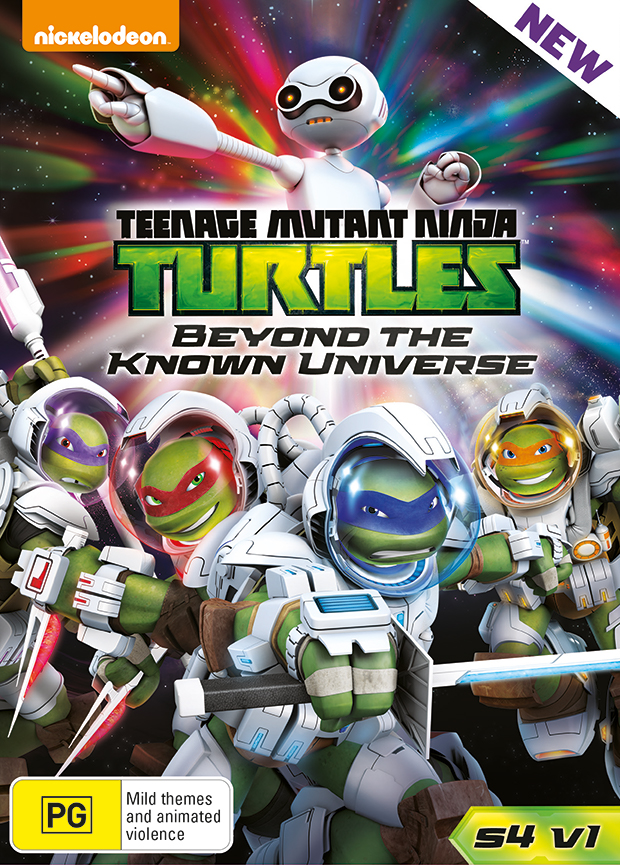 To enter: Comment below and tell me who is your favourite turtle and why?