Tully, starring Charlize Theron, is out now on DVD and BluRay.

Tully follows Marlo (Charlize Theron) who is a mother of three including her newborn baby girl. Marlo deals with all those new mother issues along with a son who requires some special attention. As a mother of three myself I remember some pretty tough times, sleepless nights and exhaustion during the first three to six months – actually it kind of goes on for what seems like a lifetime. 🙂

Marlo is gifted a night nanny from her well-to-do brother which she thinks is extravagant but ends up going ahead with it and forming a very unique bond with Tully, the young nanny.

This film is categorised as a comedy however when you are going through the ‘fourth trimester’ things don’t seem so funny. Whilst there are some funny moments that I could relate too, I would actually classify this film as a drama.

This is a good film with a really unexpected ending (no spoilers). 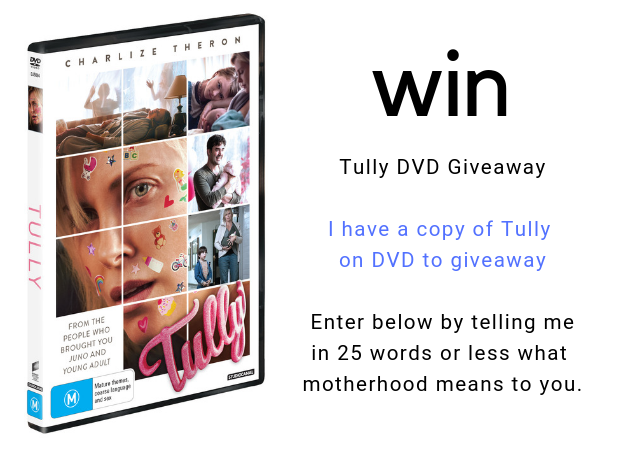