Getting kids to drink more water

February 29, 2016 Health, Lifestyle Comments Off on Getting kids to drink more water

Do you have trouble getting your kids to drink water?

Once they’ve had a taste of the sweet stuff it’s hard to get them drinking water as a first choice. In our house my kids drink water most of the time, that’s not to say they don’t ask for ‘fizzy’, juice or cordial. If my kids want any thing other than water they will usually ask, ‘Mum can I have {insert some kind of non-water drink}?” The fact they ask is actually quite good now I think of it. Most of the time I will answer “No, have water” to which I get a groan or a “Pleeease”. At dinner time I allow the kids to have a glass of a non-water drink if they want but once they have finished that they have water.

Water has heaps of health benefits:

Sparkling water specialists, Sodastream has conducted some research and found that 80% of Australians suffer from dehydration but most don’t recognise the key symptoms. The most common symptoms affecting Australians are lethargy or loss of energy and even mild dehydration can cause fatigue, increase in complaints of headache, thirst, sleepiness and concentration difficulties.

There’s also a lot of confusion around just how much water we should be drinking.

Nearly half of the Australian people surveyed falsely believe they should be drinking two litres of water a day to stay hydrated. Dr Sarah McKay, a neuroscientist and Australian medical writer commented on the research saying:

“Despite many believing that two litres is the recommended daily amount for all, the amount needed varies, dependent on individual factors including age, diet, climate and levels of physical activity. For men aged 19-70 it’s actually considerably higher, at around 2.6 litres.”

The research also found that parents are concerned with the hydration levels of their children with 78% of parents wanting their children to drink more water.

Something else I thought was really interesting was that many people think that drinking when you are thirsty will keep you hydrated without realising that the effects of dehydration have already set in by that stage. I personally have a water bottle on my desk at work which I refill throughout the day.

But water doesn’t have to be boring and one of the best things about tap water is it’s free. 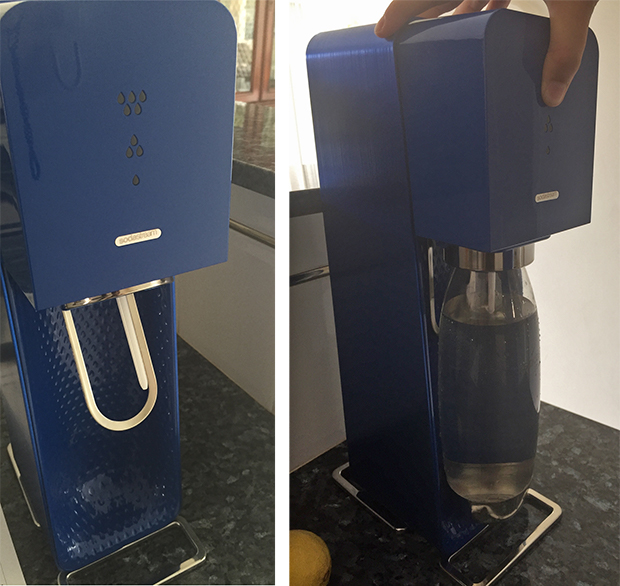 Over the past week I have been adding a bit of sparkle to our water with Sodastream, and I have got the kids involved. With Sodastream it’s easy to make sparkling water anytime. It’s quick and easy and a great way to make water fun for kids. If you can’t sell the kids on plain sparkling water it’s really easy to add a bit of flavour with a squeeze of lemon, lime or even a sprig of mint. By getting the kids involved in making Sodastream sparkling water I’ve seen a big increase in not only the amount of water they are drinking but they are choosing to drink water over other drinks.

So the key to keeping your kids hydrated is making it fun. 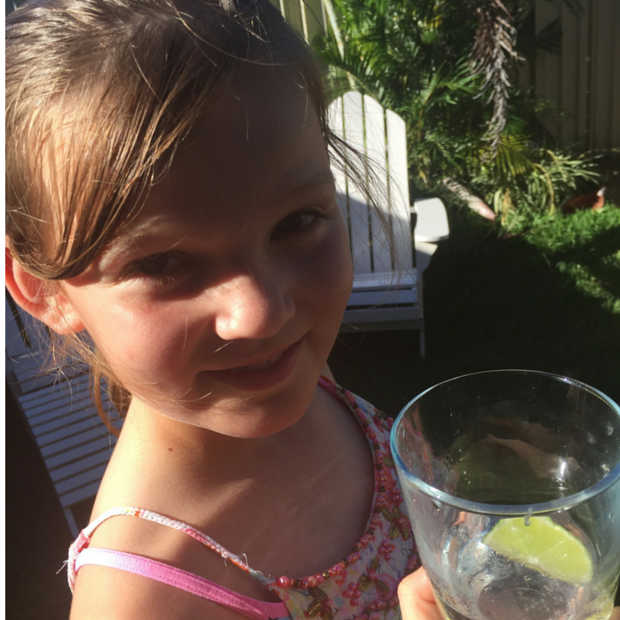 Get them involved and encourage them to make their own water-based drinks at home with fresh fruit, ice and bubbles. Having the Sodastream this past week has given us as much sparkling water as we wanted and the kids have had heaps of fun creating new drinks that I know will keep them hydrated and motivated to drink more water.

For more information about Sodastream and how to add some sparkle to your water, visit www.sodastream.com.au

Disclaimer: I received a Sodastream to facilate the writing of this post however I did not received payment. All views expressed in this post are entirely my own.

Information on the research: This study was conducted independently through Galaxy Research online among a representative sample of Australians aged 18 years and over. The sample comprises 1,101 respondents, distributed throughout Australia including both capital city and non-capital city areas. Fieldwork commenced on Wednesday 20 January and was completed on Friday 22 January, 2016.