Looking after little noses with FLO

February 11, 2016 Health, Parenting Comments Off on Looking after little noses with FLO

I have suffered from hay fever and allergies for as long as I can remember.

Unfortunately my two boys also suffer from allergies, however my older son seems to get it the worst. My husband and daughter have been spared which is lucky for them and only someone who has suffered can truly understand that hay fever and allergy is nothing to be sneezed at!

It’s also worth noting that hay fever is not caused by hay and doesn’t  involve a fever.

I’m allergic to dust mites and suffer allergic rhinitis (seasonal allergies/hay fever) which can give me any or all of the following charming symptoms: a heavy head; pressure headache; watery eyes; itchy eyes (sometimes my whole face, inside and out is itchy); constant sneezing similar to a machine gun, itchy and congested nose.

After a bout of hay fever my nose is so stuffed up I usually end up with sinusitis, an inflammation and/or infection of the nasal sinuses. As an adult there’s a huge range of medications you can take to relieve the symptoms of hay fever but not so many for children under 12. A baby with nasal congestion will have difficulty breast/bottle feeding and sleeping and for infants and toddlers who haven’t quite got the hang of blowing their nose yet, it can be quite a difficult to clear their little noses effectively.

Looking after little noses with FLO 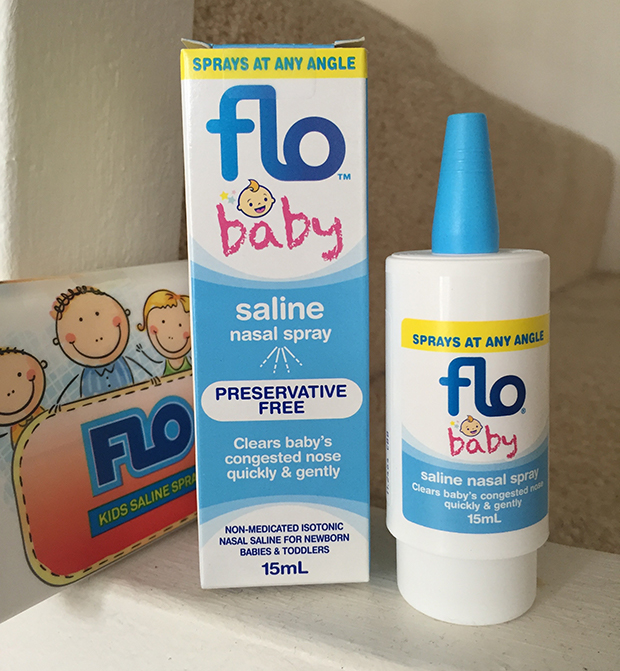 I have tried many brands of children’s nasal saline sprays and found it really difficult to ‘aim’ them the right way into their noses. It’s something along the lines of point backwards and towards the ear?? For the past week or so I have been using FLO Nasal Sprays and the greatest thing about these is that you can spray it at any angle! Even upside down! Woo Hoo!!

For anyone who has attempted to spray into a child’s nose you will know you do not have the luxury of time to perfectly position the device.

So the fact FLO Baby & FLO Kids sprays at any angle is HUGE bonus. FLO nasal sprays are sterile, non-medicated, preservative free and isotonic (non-sting) so are safe to use as often as needed or directed by a doctor, see below for suggested dosage for FLO Kids pictured below. 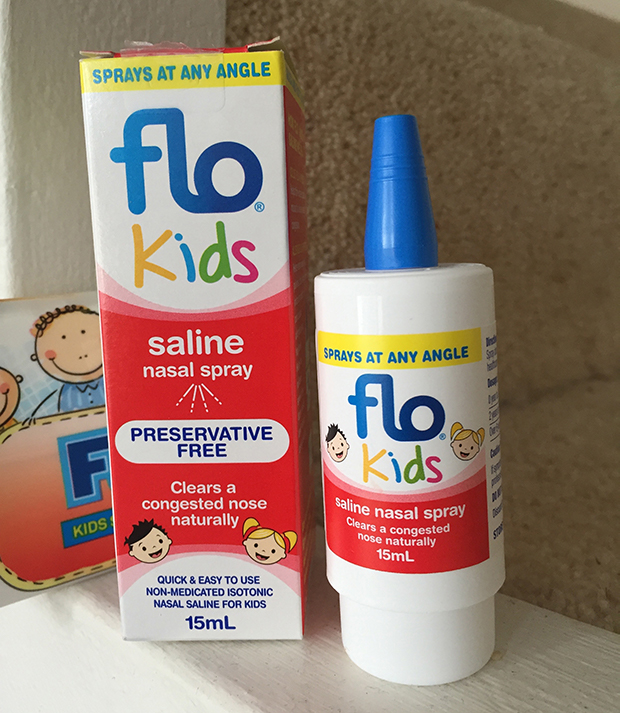 My two boys have been using FLO Kids for the past week – they self administer (Yay!) and regularly use saline sprays for prevention as well as treatment when required. Nasal saline sprays are great for (naturally) washing out the sinuses and clearing pollen and irritants which helps prevent the symptoms of hay fever and allergies.

When the kids have a blocked nose and blowing is ‘fruitless’ I find that after a few sprays of FLO the kids will sometimes sneeze helping ease the congestion and getting things moving again.

It goes without saying that if your child is unwell you should go to a health professional for their opinion. Most times we have been to the doctor and a viral cold has been diagnosed we were told to treat with Saline Nasal Spray and Panadol if needed (and come back if things got worse). 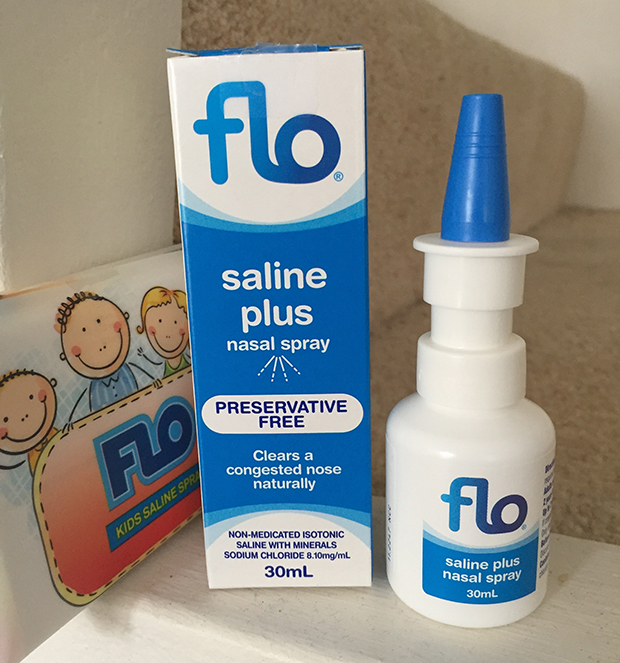 I’m a big fan of saline nasal sprays for my own allergies and found FLO Saline Plus really easy to use and very effective. The entire FLO range is a around the same price as their competitors but they really have the edge with the ‘Spray at any angle’ bonus!

Effective, easy to use, non-medicated and spray any angle – FLO Kids Nasal Spray is a must for my medicine cabinet.

Disclaimer: I received a sample of Flo Kids, Baby and Saline Plus to facilitate this post. I received no payment and all opinions expressed are entirely my own.

The benefits of Probiotics – Life Space